Music As Seductive As Casanova 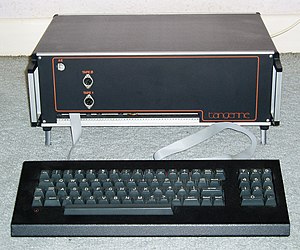 I just came back from my yoga practice and I was angrier then when I entered. I let my mind wonder inwardly and let feelings distract me. Why? Today we listened to classical music, which I found distracting. Other times, the music of the yoga class has been without melody and rhythm; The rhythm of the music influenced my body rhythm. My mind was not still, because I was subconsciously following the melody.

I was singing along Antonioni’s Adagio and Beethoven’s Pathetique. They were sounds and melodies that brought me to a personal place of memories of the past, when I was an active musician.

How seductive, and controlling music is. It is always palpable. The steady beat of the marches coercing armies into war, to the rock and roll sounds to change one’s mood but seeking a connection, the languid Latin love songs and ballads that entice us to love even for a moment, to the languid rhythm to dance to connect sexually, to the lullabies to seduce a baby to sleep.

Still in my post-yoga meditating state, my mind went to The Fez Sacred Music Festival in Morocco, which I assisted in a study, during my doctoral research, on the different responses to music. I remembered how I felt suspended in Fez, listening to the Sufi orchestra. Because I could not sing along with it, I felt very much in the NOW and no personal memories surfaced. Non-western music, syncopated and dissonant with droning sounds; is meant to transcend spirituality and physicality, in attempts to re-experience the union with the divine, rather than attempting to generate humanly love and personal memories.

Where words and melodies of the Western world are meant to connect you with your personal memories, music without words, or words we don’t understand and melodies that we can’t follow or predict have a more transcendence of selflessness. Secular music attempts to generate humanly love. The Supreme connection in sacred music is the Collective Unconscious, the Universe. The connection in secular music is a Personal Unconscious, the union between two people. Where secular music attempts to transfix listeners in the present, sacred music carries us beyond it. Past and future are implicit as they represent the meaning of the ritual.

With Fez music, I felt connected universally and cosmically. This morning I was not able to connect with my inner self, because the melodies distracted me, brought back memories. I felt seduced by the melody that is very much still in my cortex.

As I am writing I am singing to the Pathetique, and it is bringing me to a place that I really did not choose. I want to feel again the divine connection that I felt listening to the Sufi music. I would like to release this sensation in my cortex, and just be.

Yes, music is like the late Casanova. Now I will need the best music of all, silence.