Alienware M14x Vs the M15x – Is It a Suitable Replacement? 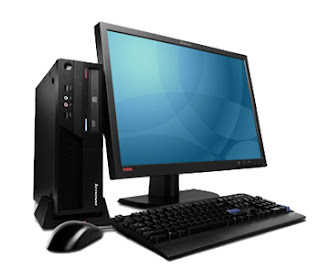 Alienware, or more accurately Dell-which is the company that now owns the brand-appears to have discontinued its 15-inch gaming laptop Alienware M15x without much commotion. Prospective buyers are instead pointed to a brand new laptop in the Alienware lineup-the M14x. How does this laptop measure up to its now-defunct 15-inch sibling? Let’s take a closer look.

Thin and Light? No, But More Convenient Nonetheless

Obviously, the M14x is a smaller laptop. It weighs “only” 6.45 pounds compared to its stocky 9-pound big brother. The display is precisely 14 inches, compared to 15.6 inches in the M15x. This affects screen resolution; there is no option for a Full HD (1920×1080) panel in the 15-inch laptop but instead a 1600×900 panel is offered as the highest-resolution alternative. In real-world gaming and web browsing, this is arguably not an issue as long as you can do without watching movies in 1080p. Building a 1080p panel into a 14-inch laptop makes characters tiny and hard to read.

What about the processor then? Here, the 14-inch Alienware has the advantage of being equipped with the latest, 2nd-generation Core processors from Intel-all with four cores and improved Turbo Boost (overclocking) functionality. In short, they are both faster and more efficient than the previous generation offered with the M15x, leading to improved overall system performance. In addition, the M14x is equipped with slightly faster internal memory (RAM)-1600 MHz instead if 1333 MHz.

The most important factor for gaming, however, is the graphics card. In this area the Alienware M14x is both a winner and a loser depending on what configuration of the M15x you compare it to. It unfortunately falls a bit short of some of the high-end M15x configurations with the Nvidia GTX 460M, whereas it is slightly faster than certain versions with a single AMD graphics card.

Games and video are powered by the Nvidia GT 555M, which is the same card as the high-end version of Dell’s XPS 17 desktop replacement laptop. This is a powerful GPU with 144 Nvidia CUDA cores and a 192-bit memory bus, but it falls short of the latest GTX series of mobile GPUs from Nvidia. However, you can rest assured that it is capable of all the latest games at medium or high detail settings at native resolution.

In other areas the differences between the M14x and M15x are small. The design is almost identical apart from the size difference, with “AlienFX” customizable lights and custom name plates. There are a couple of noteworthy discrepancies, however, such as a pair of USB 3.0 ports on the newer laptop as well as an option for WirelessHD-a system for transmitting high quality video and audio signals to an external home theater setup (or any other audio/video system).

Another major improvement is the battery life of the unit, where the M14x can switch to integrated Intel graphics while away from the mains and enable it to run for up to six hours on battery. This can be compared to the abysmal two-hour or so battery life of its predecessor. Battery life is an area where gaming laptops usually perform very poorly, so it is nice to see that things are improving.